Owen Electric is a Touchstone Energy® Cooperative, which is a national network of electric cooperatives that provides resources and leverages partnerships to help our member cooperatives and their employees better engage and serve their members. By working together, Touchstone Energy cooperatives in 46 states supply reliable, affordable and safe energy to 32 million member-owners every day.

Owen Electric Cooperative, Inc. began its mission in providing electric service to the rural residents of Owen County in 1937. Known then as Owen County Rural Electric Cooperative Corporation (RECC), its first annual meeting held June 17, 1937 was attended by five men who, at the time, not only served as Owen Electric’s first Board of Directors, but happened to be its only members, and 52 others interested in electric service.

It was at this meeting, however, that the first bylaws were adopted and a contract with the Rural Electric Association (REA) was signed in the amount of $130,000 for the construction of 130 miles of line to serve approximately 500 applicants in Owen County.

On January 29, 1938, the first of Owen County RECC’s lines were energized during a celebration attended by Governor A.B. Happy Chandler. By April 1938, the Board of Directors had voted to include Grant and Gallatin counties in the cooperative’s service area. By June 1938, the Board had voted to extend service into Pendleton County.

The end of World War II saw men returning home having served their country and eager to have electricity light up their homes. By the end of 1949, Owen County RECC held a membership of nearly 6,500 throughout its service territory.

Having operated from rented office space for the first few years of the Co-op’s existence, 1951 brought a new office to 510 Main Street in Owenton, a location that would serve as Owen County RECC/Owen Electric Cooperative’s headquarters for the next 52 years.

In the same manner that it brought electricity to its local countryside, Owen Electric continues to be a pioneer in Kentucky, being the first electric utility in the state to promote and sell green power under the label EnviroWatts in 2001.

In 2003, with well over 50,000 members throughout its nine-county area, Owen Electric Cooperative moved to a new facility located approximately eight miles north of Owenton on Highway 127. The corporate headquarters and service center was combined and the building was designed with the hopes of meeting the needs of the Co-op’s members for at least the next 50 years.

The year 2006 brought along one of the most technologically innovative changes Owen Electric had undergone, as it began the transition to Automated Metering Infrastructure (AMI). This process included changing from the traditional hand-read mechanical meters to new electronic meters, capable of being read remotely from the Owen Electric headquarters. This eventually eliminated the need for meter readers to travel to each meter to gather readings monthly, saving time and costs for labor and fuel.

No stranger to innovation, Owen Electric also received a federal grant in 2011 from the Department of Energy, to launch an array of Smart Home and  Smart Grid projects. These pilot projects have been instrumental in gathering member and energy data that will be key in developing Owen Electric’s member energy efficiency programs and incentives, as well as shape the co-op’s endeavors to increase power quality and reliability, and increase overall member satisfaction.

Pay As You Go prepay metering, which allows members to pay in advance of their energy use, gives members the opportunity to pay in advance of using energy. The program can be helpful to members for budgeting purposes and being more aware of their energy use. Members participating in Pay As You Go receive low balance notifications via text message and can reload their accounts from home as they like.

We offer a rebate for that. Members may receive up to a $750 incentive for replacement of an existing heat source that must be either an electric furnace, baseboard heat, ETS (Electric Thermal Storage), or ceiling cable heat, with a high-efficiency heat pump. The heat pump must be rated at 14.3 SEER/7.5 HSPF or higher. This program is for existing homes that are at least two years old and replacing electric resistance heat. New manufactured homes also apply.

All rebates for electrically-heated, residential homes only.

Increase your home’s efficiency and your comfort through simple upgrades like air sealing or adding insulation to your ceiling. Your local co-op can help you identify areas where improvements need to be made and suggest weatherization techniques to reduce heat loss in your home with the Button-Up program. You may also receive up to a $750 rebate for making these improvements! To qualify, your home must be at least two years old and electrically heated. A home energy review including an air leakage test is required before and after the weatherization is performed. So, contact your local co-op before you begin.

The SimpleSaver program is another way that we are working to keep your electricity affordable and our environment healthy. We will pay you up to $20 annually for each central air conditioner you enroll. And you will receive those bill credits each and every year you remain in the program.

Plus you may receive a sign-on bonus of up to $20.

Why are we willing to pay you? Because limiting electric use at peak times during the summer and winter delays the construction of expensive new power plants and helps keep your energy costs affordable. Managing peak load also decreases Kentucky’s carbon footprint and gives all of us more time to explore affordable sources of renewable energy.

If you’re thinking of purchasing a new manufactured home, be sure to mention the ENERGY STAR Manufactured Home program. If you upgrade your home to ENERGY STAR and install a heat pump, you may be eligible for a rebate.

The Community Assistance Resources for Energy Savings (CARES) program began in early 2015, and provides an incentive to enhance the weatherization and energy efficiency services provided to the end-use members by the Kentucky Community Action Agencies (CAA) network. EKPC and its owner-members provide an incentive to the CAA implementing the project on behalf of the end-use member. This program is available to end-use members who qualify for weatherization and energy-efficiency services through their local CAA in all service territories of participating cooperatives. The maximum incentive possible per household is $2,000. 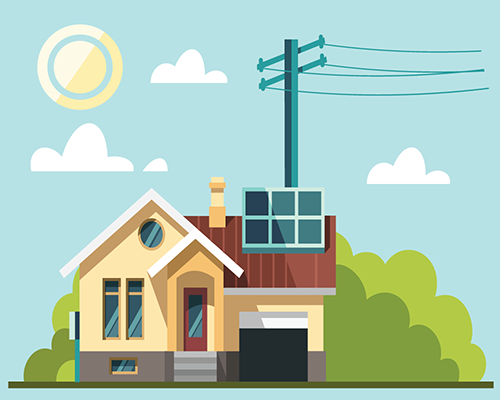